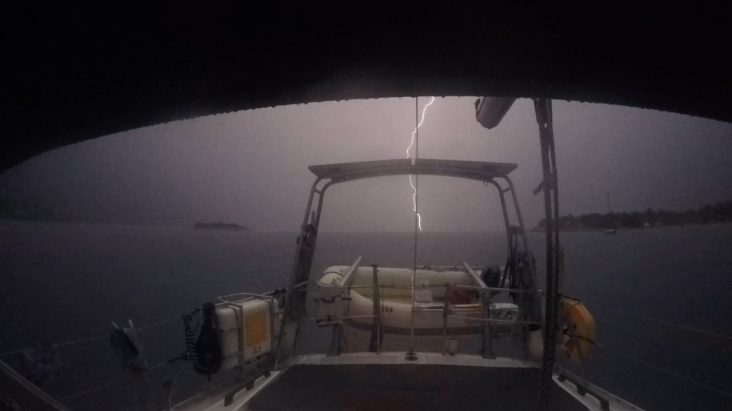 Croatia has 5 major national parks, but the one that seafarers head to is the Kornati NP. It is a chain of islands lying NE-SW about 15NM off Croatia’s coast. As with everything in Croatia you need to pay and for a yacht its 600Kuna (85 euros) for 3 nights or 900kuna for 5 nights – and – word of warning you need to buy the pass in advance from a national park office or and ACI marina. If you don’t it costs 600 kuna a night!!

We had heard rumours that within the fee you got to use national park moorings in designated bays, but that turned out to be a fallacy as the national park is planning to install buoys, but as yet hasn’t. All mooring buoys are owned by restaurants and if you use them you need to eat at their restaurant and once again, these places essentially have a monopoly and are expensive!

That aside, the national park is nice, it’s not spectacular like the madellana islands in Sardinia or the activities of the Aeolie Islands, but it’s a nice spot. The islands are quite baron and during the day looked a bit harsh, so for me the best time was at sunrise, or particularly sunset when the colours of the surrounding landscape were incredible hues of brown and blue. The moon was in its waxing crescent phase, so the nights were dark and the kids and I spent time in the cockpit, with Ben’s star chart checking out the constellations with two eager astronomers.

The islands making up the Kornati group essentially form a long and narrow lagoon which again, during the strong northerly Bora would be a place to shelter – it would be windy, but the sea state not too bad. We had no luck anchoring in the southern Kornati islands, all rock and boulders, but further north things were much better. Our friends Wayne and Greta, Aussies from Melbourne aboard another Moody yacht called Northern Navigator were a day or so ahead of us and kept us informed of some great spots. Thanks guys!

As we left the islands, we had arranged to meet Heather’s cousin Mel and family 25NM back down the coast in Sibenik, so with the prevailing northerly now a 15 knot southerly we had a suberb 5 hour sail back towards Sibernik. The locals will tell you that after a southerly there is always a strong northerly due and the forecast confimed this with a strong Bora forecast – gusting 50 knots. The night it hit we were anchored off Murter. The wind wasn’t too bad, maybe gusting 25knots. But we experienced the most incredible lightning storm I could imagine. Between 2 and 4 am, it was on. Every conceivable type of lightning was thrown at us. The thunder was intense and the rain powerful. Yes, the storm tracked right over head – why wouldn’t it? Were we scared, yes. Were we in awe yes. Do it again – no thanks, not that mother nature gives you much choice in these things.

We got up at 6am to complete our journey to Sibenik. We were lucky, the Bora had eased a bit and we motored 3 hours down the coast as the wind gauge showed 30-35 knots in the gusts. As we navigated back up the channel into Sibenik it was gusty, grey and pouring with rain. It was a tough morning in the office.

Milly was on the foredeck getting blown about in the wind and was struggling to sort out mooring lines and fenders I shouted “are you alright” she looked back, smiled and said, “Dad, I’m ok! Sometimes you’ve just got to get the job done!” In the cold, gloomy conditions my heart melted. I was so proud. My daughter is turning into a confident young woman before my very eyes. Sometimes it takes these moments for a Dad to realize that his little girl is growing up….fast! 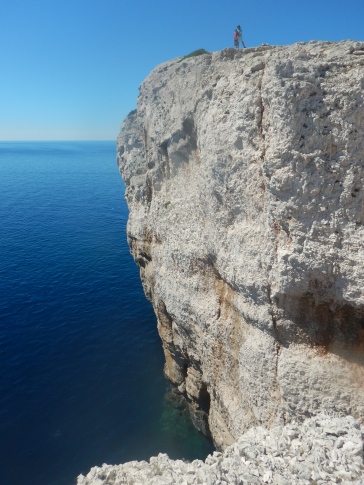 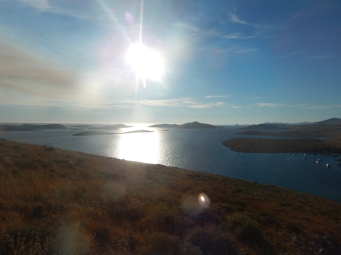 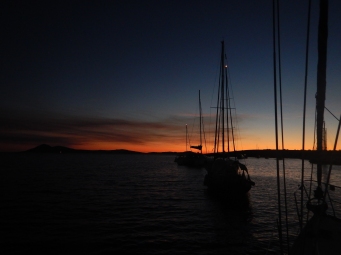 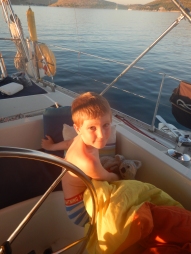 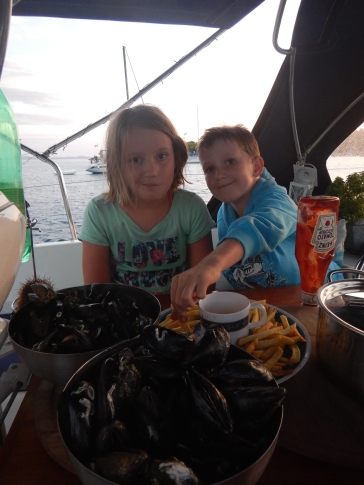