When we first bought Vega, we had envisaged spending a season in the Mediterranean then sailing her home to Australia via the Atlantic and Pacific Oceans. In the end we loved the Med so much we spent three seasons there. I ended up sailing across the Atlantic with friends in 2016 and settled my itch for long offshore passages, which worked out well as the rest of Vega’s crew weren’t too keen on spending long periods off shore.

So, we needed a plan for Vega, and really there were only two credible options:

As with lots of things in life cost becomes the defining issue and with each option there was a cost profile, which, was suitably hard to estimate with any certainty due to lots of unknowns.

However, after much analysis (Heather has a masters in finance & economics so you can imagine the spread sheeting that was undertaken!) it turned out, that by our reckoning, that the cost of shipping her back was not that dissimilar to selling her in Europe and rebuying in Australia. This may seem odd, but there can be significant transaction costs  selling a boat in another country. We would have to keep her in a marina, for an unknown period of time, fly in to seal the deal, pay a broker etc. Then there is the differential between asking and sale price and exchange rate risk. Then you have to buy your new boat and get her to a similar specification. You get the idea.  We were quite careful not to bias our calculations one way or the other..but you do seem to naturally look favourably on the option you most want 🙂

So, after much debate and procrastination we decided to ship Vega to Australia. 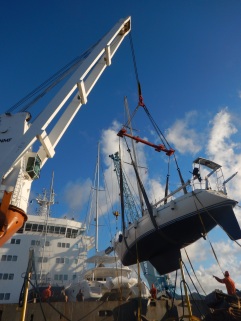 When we first started looking into shipping Vega to Australia we found very little information available and quotes varied considerably. There was also a lack of transparency around the quotes “it costs what it costs” was the normal response. No breakdown or build up could or would be provided by the shipping companies. To be honest I found the whole lack of transparency a bit irritating.

We ended aligning with Sevenstar shipping. They were competitively priced and dealing with their office in the Netherlands was simple and straightforward and they were extremely helpful with explaining the process. Sevenstar have cargo ships dedicated to shipping yachts and motor vessels around the world. They tend to have several shipments leaving Europe for south east Asia, Australia and New Zealand each year. We opted for the boat leaving at the end of the European sailing season. This vessel picks up boats from several locations, Palma in the Balearics, Genoa in north west Italy and Feyiya in Turkey.

The Genoa pickup worked best for us. But we were given a wide date range for the pick up (20 September – 20 October!) so we had to be prepared to get the boat to Genoa by the first date and potentially pay for a month of marina berthing if the ship ends up leaving later than planned. If you need to leave your vessel prior to the loading date you will need to hire a skipper to get your yacht from the marina to the cargo ship.

We were lucky, Vega loaded on the 21st September. But due to weather we got to Genoa a week earlier where  we got to spend a lovely week exploring Genoa, and checking out Cinque Terra in-between carrying out long overdue boat maintenance.

The loading itself was relatively straight forward with us pulling up, bow to bow, alongside the 12m high freeboard of the cargo ship and then being hoisted into the air and onto the top deck while still onboard – quite a strange feeling and an experience you certainly wouldn’t be allowed to have under Australian OH&S laws! The only hitches were several last minute load time changes and a last minute farcical and expensive heat treatment to eradicate any Brown Marmorated Stinkbugs. The latter was a new requirement from Australian Quarantine for any cargo coming from or through Italy. 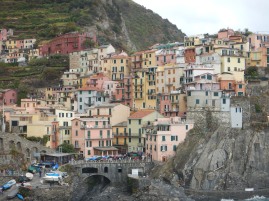 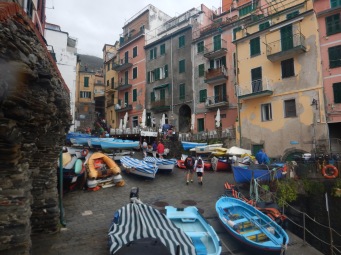 Vega was loaded on to the deck of the ship with the mast still up. They constructed a steel support frame around her keel and hull and welded it to the deck of the ship. Vega was then restrained with 12 large straps. Sevenstar provide you with weekly updates of where the vessel is and expected ETA’s into each port. You can also track the cargo ship in real time on Marine Traffic, which was great fun for the kids.

The whole shipping process was straightforward, until our ship reached Australia where it was delayed 4 days in Geelong as there was over-crowding at the dock.

We loaded Vega on the 21 September in Italy and on the 12th of November she arrived into Newcastle and was unloaded on Monday the 13th, a pretty quick process.

We struggled to understand the process on the Australian end with regards to off loading and customs and quarantine requirements and the local sevenstar rep. was not very helpful. However, the steps required are as follows:

To import a boat into Australia, you need to pay duty and GST based on the value of the boat and shipping. This can be done based on the overseas price of the boat (if purchased recently) or based on the Australian market value. For us it made sense to use the Australian market value, so we had to employ a valuer to value Vega. GST payable is calculated as 1/11th of the market value minus fees (the price of the obtaining the valuation, customs and quarantine fees). A 5% import duty is calculated based on the market value minus fees, GST and shipping costs. These fees need to be paid to the customs agent at least 2 days before the boat is due to unload. Its worth noting that you can import a boat into Australia temporarily for a max of 6 months without attracting GST, so if you are keen to sail to NZ or similar every six months that could be an option..but not one for us!

Vega arrived into Newcastle port. While in transit we had been updated every couple of days as to the boats location and expected arrival date but this can all change if there are any delays at intervening ports (in our case there was the 4 day delay in Geelong due to port congestion) or adverse weather. Like loading, the actual unloading time and date can be changed right up until the day before the boat actually unloads. As such we needed to be ready to drop everything and head to Newcastle to move Vega as soon as the unload time is confirmed. As it turned out we got 48 hours notice so it wasn’t too bad.

The Volunteer Marine Rescue was on hand to take us to our boat and help out if there were any issues (such as the engine not starting etc) and only asked for a donation in return.

Once Vega was offloaded from the cargo ship it was our responsibility to move her to the quarantine dock at Newcastle Yacht club and wait our turn for the visit from quarantine officials. Despite having only boarded the boat to move her from the cargo ship to the quarantine dock, we were supposedly not allowed to leave the boat until we were cleared. We had heard horror stories about customs being very demanding with respect to checking imported yachts, however, our customs inspection was quick and painless. The whole process took 30 mins. Phew.

Writing down the process now, after the event, it sounds simple. but the reality was anything but simple. The whole process and particularly the importation process was shrouded in an impenetrable smokescreen. The whole thing was reasonably stressful, but now its done and Vega is safety on her mooring in Pittwater, Sydney.

If anyone is thinking of shipping a yacht, to/from Australia or Europe. Or anywhere for that matter don’t hesitate to get in touch and we can provide more information on what can be a very murky business!

16 thoughts on “Shipping Vega to Sydney”