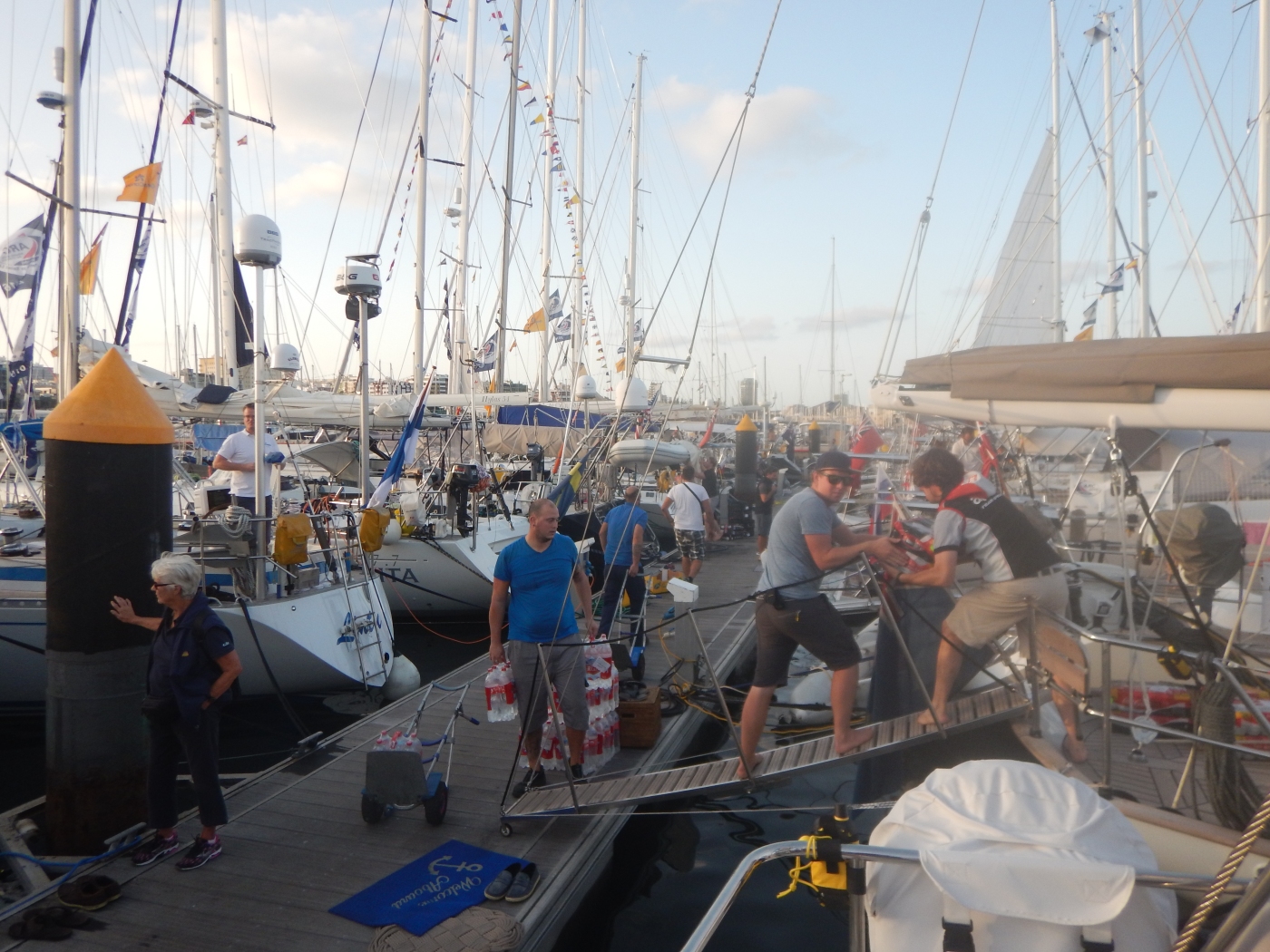 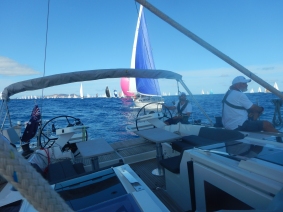 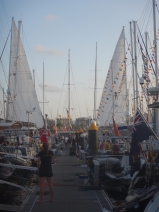 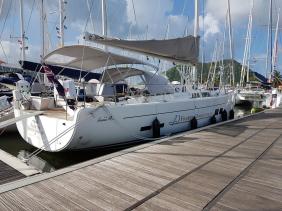 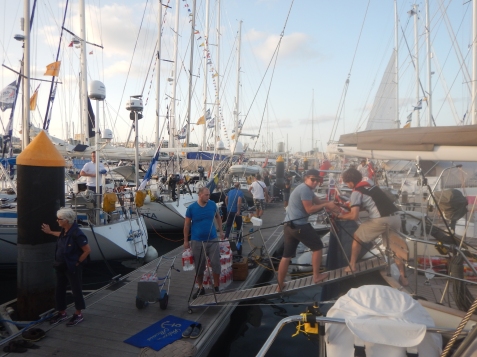 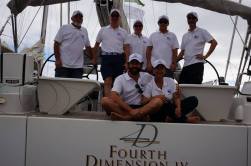 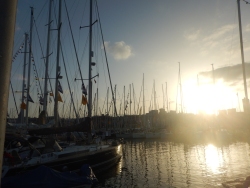 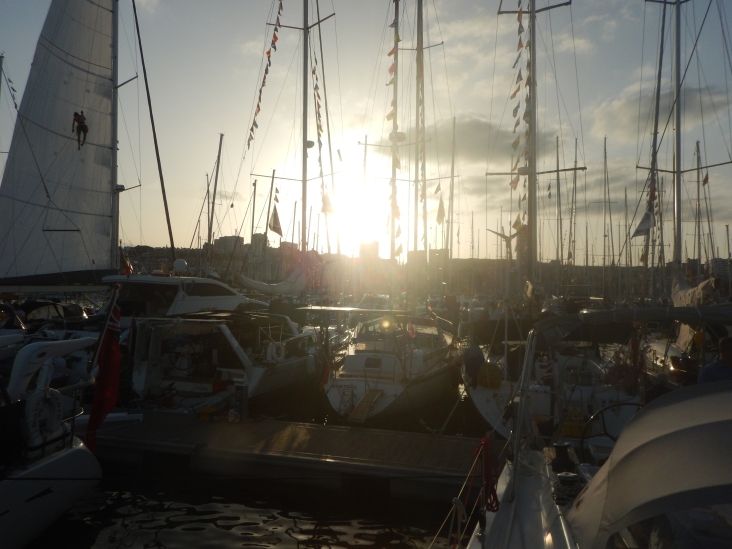 A friend of mine was taking part in the Atlantic Rally for Cruisers this year on his family’s boat and was looking for crew. The ride was a big, sleek Hanse 575 named Fourth Dimension IV. Crossing an ocean had been on my bucket list for a while and besides, it would be good practice for if we ever decide to sail offshore as a family. The ever accommodating Heather agreed I could go, so the stars quickly aligned.

The ARC goes from Grand Canaria (Spain) to St Lucia in the Caribbean, which is approximately 2750NM of blue water sailing, with over 200 yachts taking part. It’s a big event and the crossing is timed to take place right at the end of the hurricane season so that the yachts participating have the maximum time available to cruise the Caribbean before the onset of the next season.

Being a skipper, sailor and boat owner, I am used to being in charge of and accountable for those who sail with me. I put safety before anything else and that comes to boat design, conditions, equipment and planning. But it amazed me how I was comfortable to sit back and assume the skipper was sorting everything out. Everyone has different levels of risk appetite and contingency planning. There is no right or wrong, just different approaches and I’m probably in the “think through every conceivable risk and then plan for those” category rather than the, “ let’s just do it ” category.

A couple of weeks out, I began to get nervous that things weren’t really getting sorted, and when seemingly simple questions seemed difficult to answer. There were no checklists of things that needed doing, and therefore no plan to successfully send us on our way.

It finally struck me that while the skipper and crew all had experience in sailing only a couple of us had experience of preparing a boat for an offshore passage. I have a reasonable level of sailing experience, and lots of boat preparation experience that comes from living aboard for extended periods of time. I prepared a list of things that I considered needed to be addressed prior to departure, including tools and spares. The guys in Gran Canaria started working through it. A few phone calls later and things seemed to be tracking well.

A few days later the skipper sent a message saying that the bank of 4 house AGM batteries had melted. No idea when or how. This is a very rare event and after online research everything seemed to point to a faulty heat sensor. But it was less than a week to departure day and now there were questions around electrics and batteries. New batteries were ordered and air freighted into Gran Canaria at great expense. They were installed on Thursday and we sailed on Sunday. For a guy like me who likes to test things out, we were leaving dock on a 3000NM offshore trip with an unknown quantity. This made me less than comfortable.

There were a host of other issues addressed and solved over the last few days and, a few wobbles, with stress levels running high two days before departure, there was talk of not setting off at all. More wobbles. Another last minute addition was a new double halyard system installed at the mast head to provide more redundancy in flying the A2 spinnaker and Code Zero. Again this was fitted last minute and we left the dock with it untested/unproven.

In the last week before departure the 6 crew worked through a long list of technical issues, planned and sorted provisioning of food, water and fuel and we were in reasonable shape. It was some comfort to see other boats also having similar issues and resolving last minute problems. The boat next to us realized they had the wrong sat phone plan a day prior to departure. Amazing.

With the last minute activities we crossed the start line never having sailed together, never been together at sea on this boat and with only the most rudimentary route planning, which consisted of head south towards the Cape Verdes to test out the boat and ourselves. If there were any issues, then we could pull in there as a contingency plan. Heading directly west was not an option given our last minute preparation.

Our preparations were good enough. But only just. And I think the whole crew would agree that an extra week together before the start would have been ideal to really think though and plan the trip. But, in life nothing is perfect.