After a few weeks of travelling alone, we managed to hook up with Ben and Monique off S/V Blueys and the gang off S/V Calyxa. Claire, Clive and Oliver, age 8, from S/V Intention also made it so we had three boats with six kids on board. Calyxa had just sailed down from Venice and were keen to get in some beach time so from the moment we arrived all the kids were in the water. It was also Oliver’s birthday, so we had a great night out in local taverna followed by a kids sleepover on Vega where we managed to squeeze Ben, Hannibal, Mille and Oliver into our forward cabin, where after a day in the water and the evening spent running around the small town of Lakka, they all just passed out.

After a couple of days at Lakka we headed back towards the mainland and our favorite anchorage in this part of the Ionian, Two Rock Bay where we spent our days snorkeling and visiting underwater caves. The kids spotted Moray eels, starfish, octopus and a weird yellow scorpion….It was a great week and the kids from Calyxa and Vega were happy to be reunited and Oliver, the new kid on the block fitted in perfectly 🙂 It was great to see them having so much fun together. 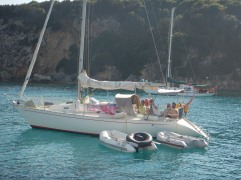 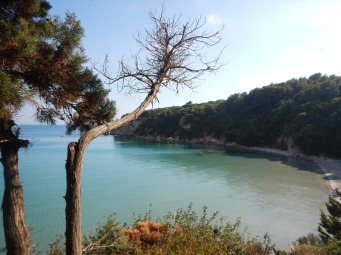 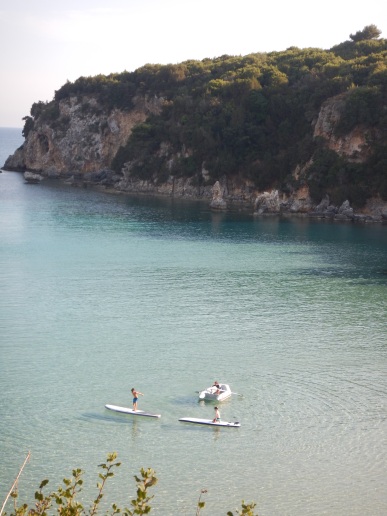 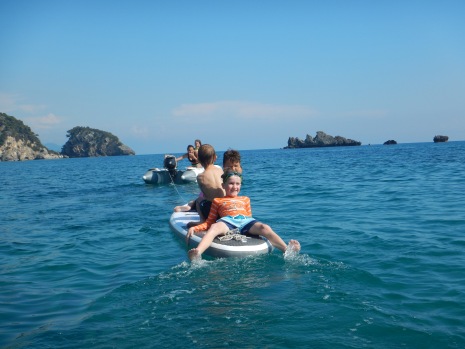 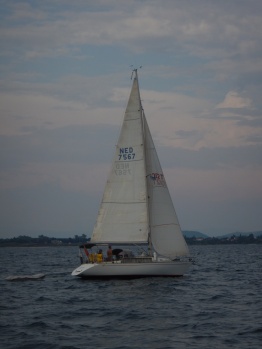 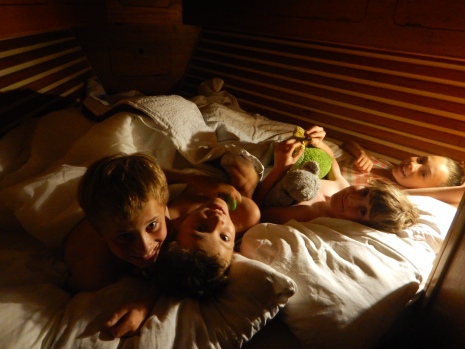 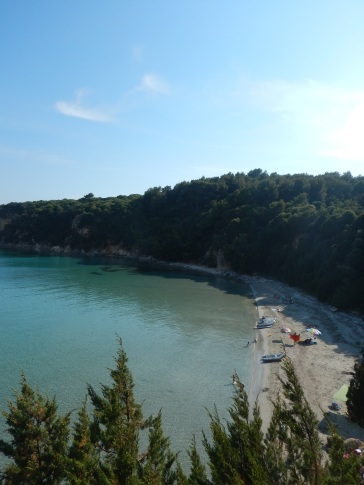 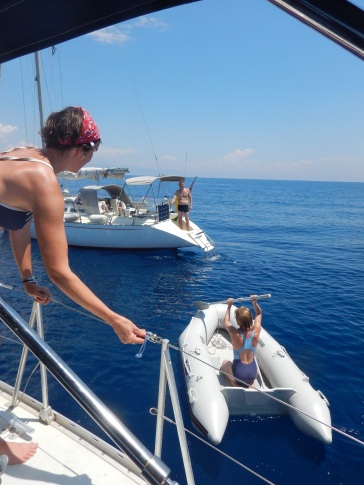