After a week of bumming around on beaches, drinking vino, Claire from S/V Intention mentioned she had found this place inland called the Acheron River, and it was supposed to be worth a trip. There wasn’t too much info available online, so we headed to the nearest decent town quay, which happened to be Preveza, left the boats behind, hired a few cars and headed inland.

It was an hour’s drive north of Preveza and when you arrive at the Acheron springs “base camp” it looks a bit disheveled. There are a couple of rustic tavernas and some fairly aggressive tour guides attempting to get you to raft or horse ride the lower and least interesting section of the river. I didn’t see the horses, but the rafts didn’t look up to much.

We managed to give the touts the slip and after lunch headed up river. We had read that you could walk along the riverbank heading up stream for about 15 mins, then enter the river and actually walk up stream in the shallows, so this is what we did. There were a few other likeminded explorers about, but given the beauty of the place it really seemed quiet. It is clearly not on the main stream tourist trail despite trip advisor listing it as the number one thing to do in this part of Greece.

The river is fed by springs, which in Greek mythology, come from the underworld and consequently it was known as the river of woe.  The water is crystal clear and very cold, but the Acheron is not in the least bit the dark and foreboding place Greek mythology would have you believe. As you get further up stream the shallows give way to pools you have to swim through between small sets of rapids. It’s a stunning, pristine wilderness and there is something captivating about the cold milky blue water of the river winding through the green, sunlit and slowly narrowing gorge.

It is quite simply wonderful. 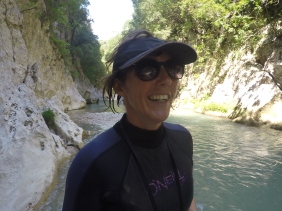 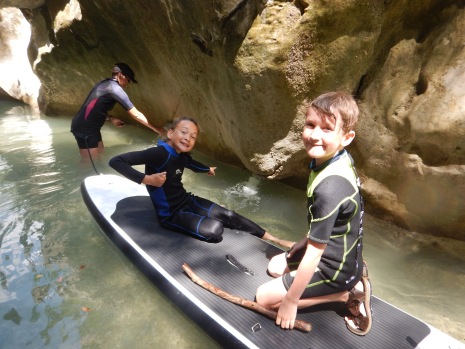 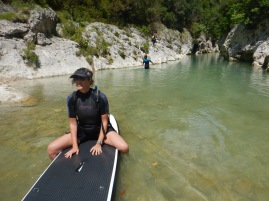 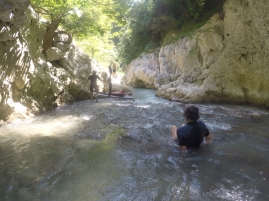 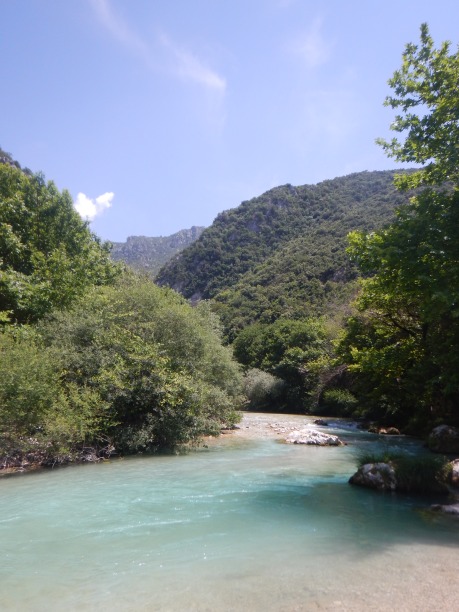 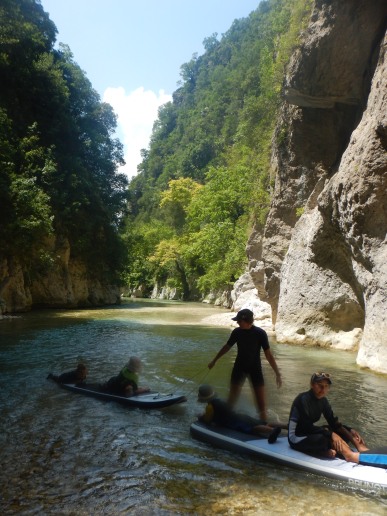 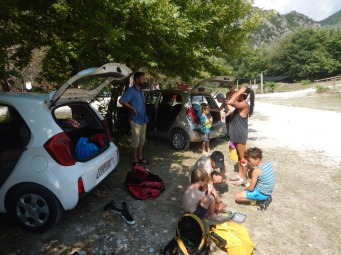