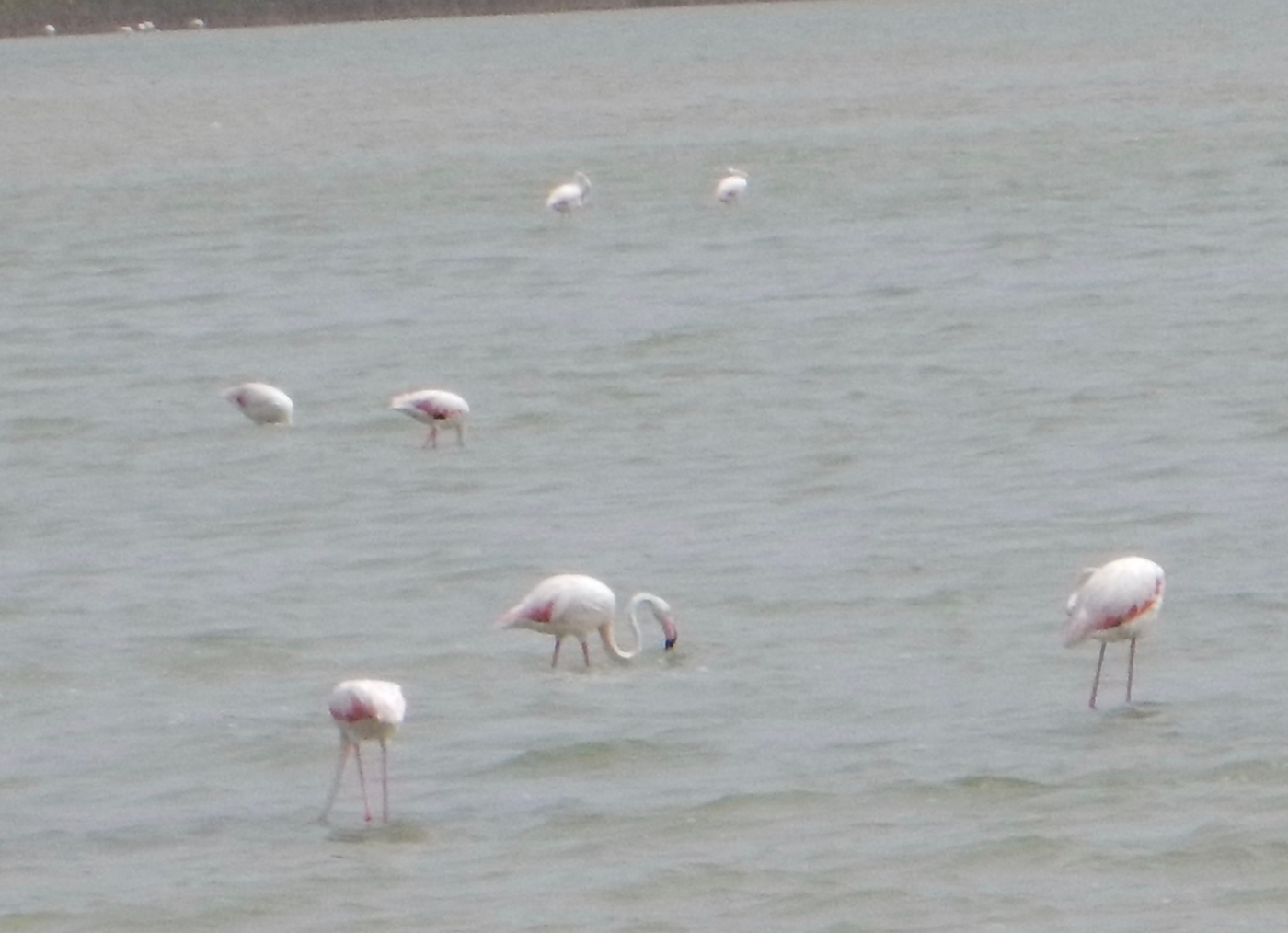 Italian names don’t get much more Italian than Cape Carbonara!

The cape is a great place to arrive and has a couple of really good sandy anchorages which provide great protection from most winds. Sand is always good to see, not just because it looks great, but because when it comes to digging your anchor in, it is a sailor’s best friend, well second bestie, after rum.

There are also a couple of shallow estuaries behind the pristine beaches and these are stuffed full of flamingos. We had never seem flamings in the wild and it was quite a treat to see these birds in their natural habitat. Every night they would take to the skys at sunset and great flocks of them would fly overhead, a really wonderful sight.

Our first night anchored in Villasimius bay on Cape Carbonara threw up an un expected blow from the west. Still tired from our crossing from Sicily I hauled myself out of my warm bunk to make sure we were secure in the strengthening wind.

Lucky I did.  An Italian yacht in front of us had dragged and was now only a couple of meters off our port bow. I called Heather on deck and hurriedly we put our fenders out. . By now he was bouncing off our side and we were shouting in an attempt to wake the oblivious crew who were still sound asleep.

Eventually two old duffers appeared in the cockpit, slowly rubbing their eyes. When they saw what was happening, rather than leaping into action to help solve the problem, they started gesticulating wildly and blaming us for hitting them, this old pair were real Italians, lots of bluster and hand movements. It was 2am and I was tired. These chumps were carrying on like the two Ronnies and I was out of smiles. There was a fairly frank exchange, in my finest Italian, and after some time they did the right thing and re anchored. Why it took them so long I don’t know.

During the whole debacle, our windless controller, which had been a bit intermittent decided to pack up so we couldn’t raise or lower our anchor easily, making it even harder to for us to quickly extract ourselves from the Italians.

Next morning, over coffee,  the amazing Heather built and re wired a temporary new switch for the windless. Amazing.