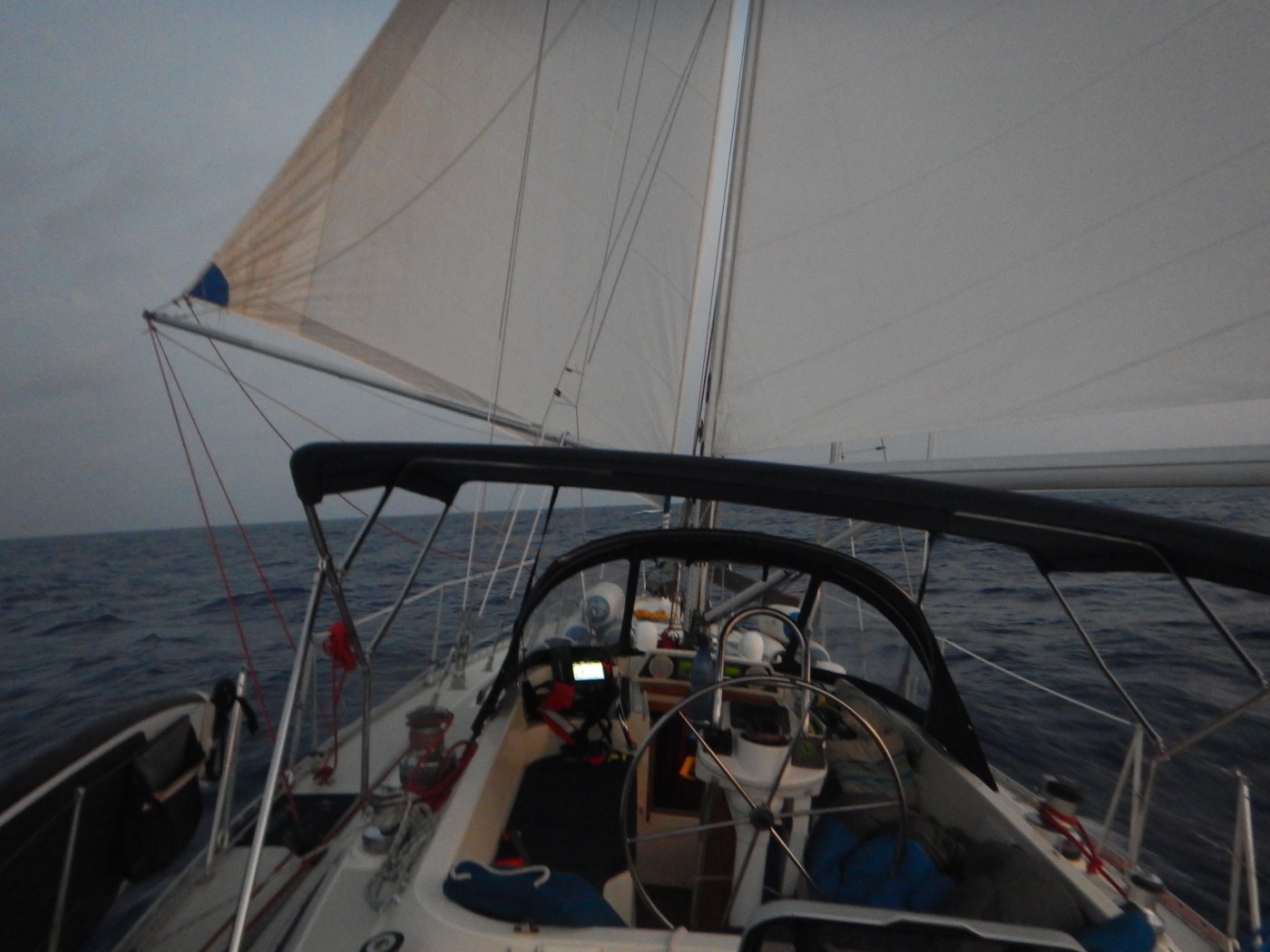 The passage from the Aegadis to southern Sardinia is about 140NM and the forecast wind looked good but the swell/waves looked a bit gnarly. As we left Marettimo the wind was a good F6 on the beam and we were flying, but soon we were out out of the island effect the wind dropped away to nothing. A frustrated skipper cranked up the diesel and started motoring towards the sunset.

At about 10pm, the wind strengthened and swung around behind us. With the main sail on a preventer and the headsail poled out, the skipper was smiling again and we were now making great progress into the night and directly on course for Cape Carbonara, Sardinia.

All night the wind and waves steadily built making for invigorating sailing. It got spicy at times with F7 gusts and large swathes of white water rolling down the sides of Vega’s hull. In the pitch black you couldn’t see the waves, but you could hear them and feel their power. Sailing at night is exhilarating and there is something surreal about sailing at full speed, into the moonless pitch black of the night. You can’t see beyond the bow of your boat yet you surge headlong into the unknown in a shroud ocassionally lifted by a breaking wave or distant flickering navigation light.

The next morning, as the inky darkness gave way to a grey dawn, the large seas became very apparent. We had been sailing under autopilot all night until I turned her off and  handsteered down the large waves, some of which loomed up over us from behind before lifting up Vega’s transom where I would position her to surf down the face of each wave. It was skilful, tiring work, but in addition to the fun of surfing you can steer through the waves much better than an autohelm making for a more comfortable ride.

Coming down the face of one wave we hit Vegas’s personal best of 9.8 knots. For over 18 hours we average above 7 knots.

It was a great sail; fun, challenging, fast and spicy. This is what sailing is all about, and without a doubt our fastest passage ever.