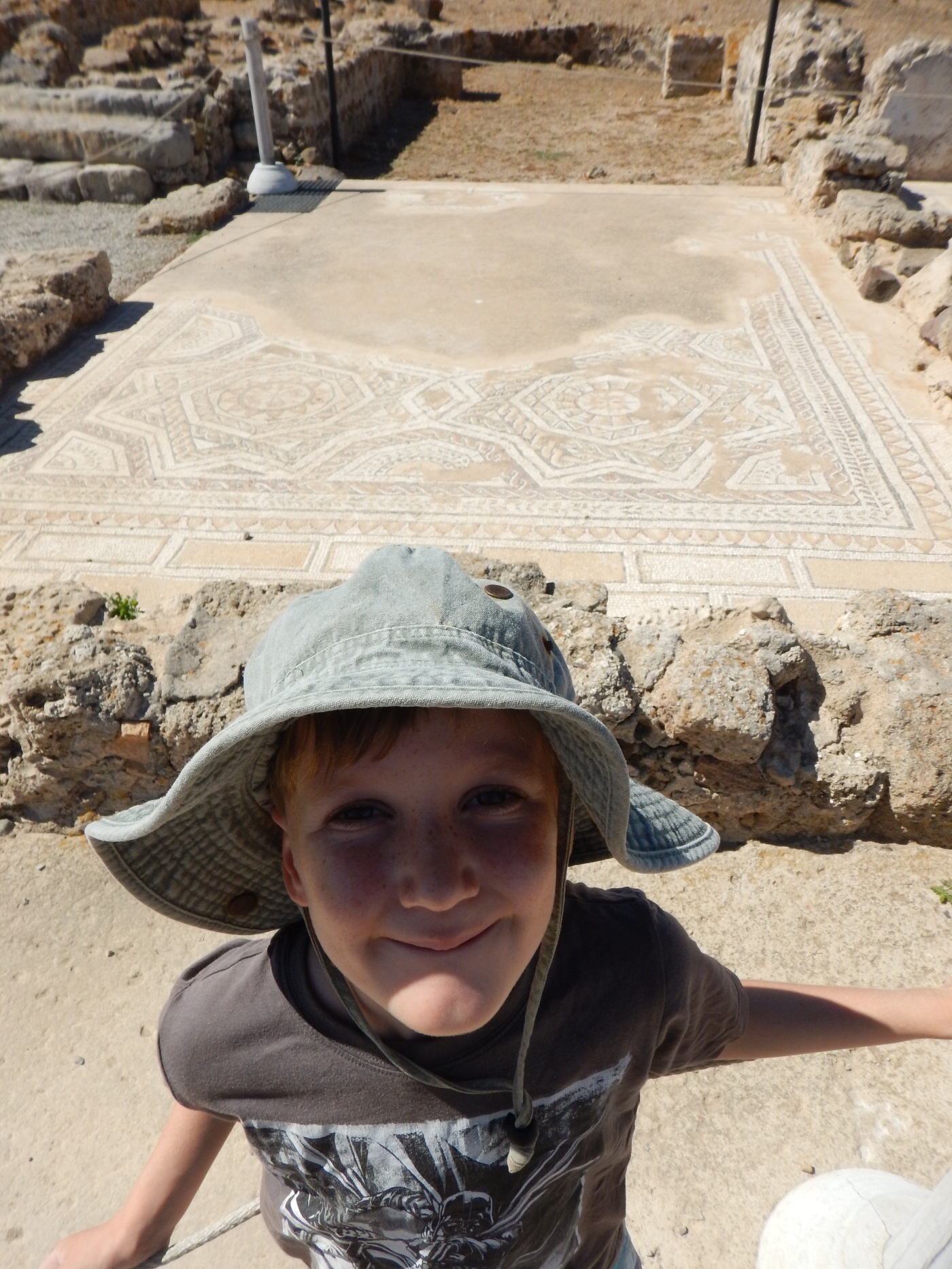 After the wind subsided we ventured out into the tail end of the Mistral, and she was still a little more spirited than we had expected wth gusts of 30 knots, but we were sailing down wind and flying along.

First stop was Nora, just 12NM across the bay. The beach was picture perfect, fine white sand and ridiculously clear water. The beaches here in Sardinia blow anything else we’ve seen in the Med away.

On a headland at the southern end of the bay is the ancient Roman and Pre Roman settlement of Nora. Sitting on a jutting peninsula the area was originally Phoenician; and a flourishing sea route ran between Carthage, in Tunisia and Sardinia. With a protected anchorage either side of the headland Nora became a key strategic location in this part of the med.

Despite the fact that most of the ancient town is now under water (and makes for some wickedly good diving) the sections that remain above ground are remarkably well preserved. The site’s highlights include dwellings, baths, a Roman theatre, the Temple of Tanit and the remains of artisan workshops. Our guide painted an impressive picture of what Nora was like along with its rise and fall.

Over time the settlement of Nora was repeatedly plundered, and the residents enslaved  on many occasions. This led the citizens to move away form the coast to seek refuge inland and form what is now modern day Pula.

The site is interesting and although not on the same scale as a Pompeii or an Olympia, it is worth a visit if you are in the area. In particular the mosaic floors the dwelling’s are in an exceptional condition given they have been exposed to the elements for 2500 years. Even the kids managed to stay engaged through the tour although their enthusiasm peaked at the pre tour drinks and at the mention of slavery. 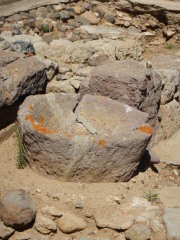